I am Gosia Kowalik and I come from Poland. I am Erasmus+ student. I study tourism and leisure at Academy of Physicial Education in Cracow. I made a decision to go abroad and try something new. I am interested in traveling, psychology, playing the guitar, healthy food, and fashion.

In my survey, I would like to focus on the places connected with the figure of Charles IV (1316 – 1378), King of Bohemia and Holy Roman Emperor, ranks among the most exceptional personages of Czech and European history.

Prague was Charles’ chosen city, the beloved crown of his realm; here he created a shining European metropolis that was (and still is) widely admired for its beauty, its – at the time – incredibly progressive urbanism, and its exceptional artistic and spiritual treasures.

In the footsteps of Charles IV, by Gosia KOWALIK 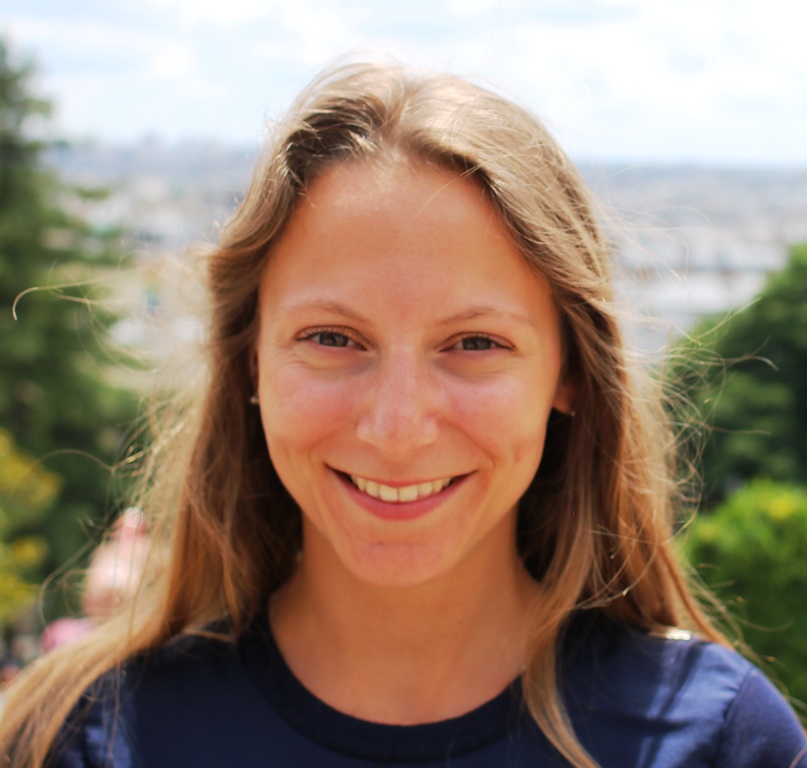 I’m a final year student of Tourism and Leisure faculty at Physical Education Academy in Kraków, where I also work as a city guide.

I was inspired to take part in Erasmus+ program to improve my languge skills and immerse myself in a french culture.

Remains of communism architecture in Prague, by Paulina ZAPOTOCZNA

Day 1 – Visit Pontoise in the footsteps of Impressionists

Pontoise is a commune in the Ile-de-France region, about 25 km from Paris. Thanks to its rich heritage, Pontoise was honored in 2006 as the City of Arts and History. The city was famous for Impressionism after Camille Pissarro’s visit in the 19th century.

The walking tour starts from Camille Pissarro Museum, which is located on a rocky hill surrounded by walls with a panoramic view of the river Oise. The museum contains a collection of about one hundred Pissarro’s paintings, which survived the war of 1870. There are also collections of other impressionists, who also created around Pontoise. After sightseeing, you can relax in the park just outside the museum.

Another place worth seeing is the second oldest Carmelite Order in France, which was founded in 1605. From the 55 rue Pierre-Butin we can enter the courtyard of the Order, which is open during the day. There is a small shop with items made by craftsman and postcards. The most important place to see is the church.

Going further, we come to the Cathedral of Sts. Maclovius. Central and eastern parts were built in the 12th century, and the tower and portal are flamboyant. This is the direction in the late Gothic architecture. It is characterized by an excess of detail and meticulousness. The church has retained its original appearance for about one and a half centuries. October 30, 1309 Hurricane caused the main bell fell and caused massive destruction of the nave.

Following the picturesque Rue de l’Hôtel de Ville, we come to the Museum Tavet-Delacour. In 1968 the museum received an important donation in the form of one of the first abstract artist – Otto Freundlich. Hotel Estouteville, which houses the Tavet-Delacour Museum, was built in the late 15th century. 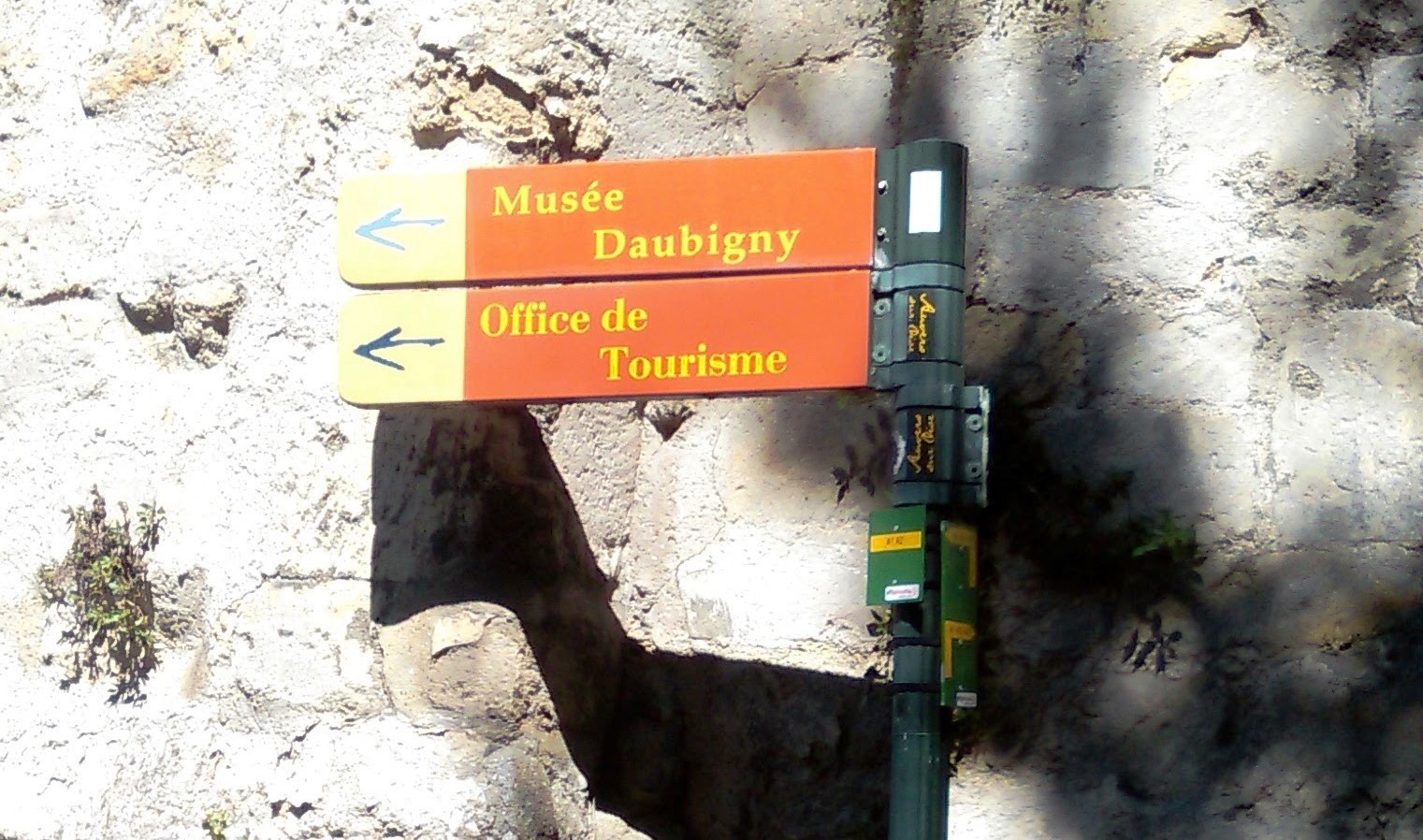 Starting from main station Cergy St. Christophe, which entrances are marked with enormous clocks, made by French Martine i Philippe Deslandes. Clocks binoculars are 10 meters in diameter and this are one of the biggest ones in Europe. 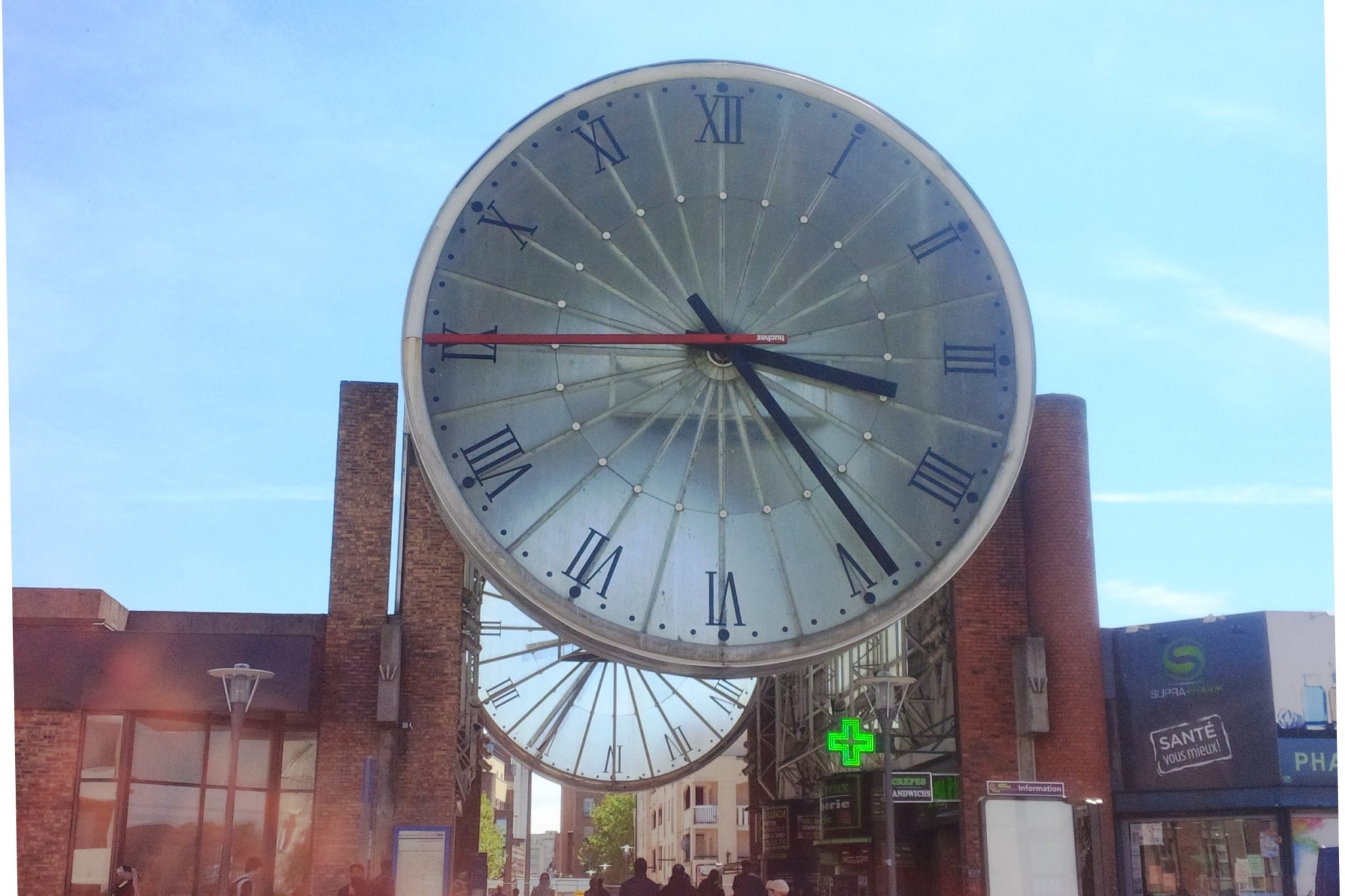 Our Next stop will be at the tower Belvédère, which is 36 meters high. It begins passage Axe Majeur designed by Dani Karavan, which is also extended version of Paris axis Champs-Elysées. From the hill there is beautiful view on Île des loisirs. We are going to reach it passing through the red bridge. 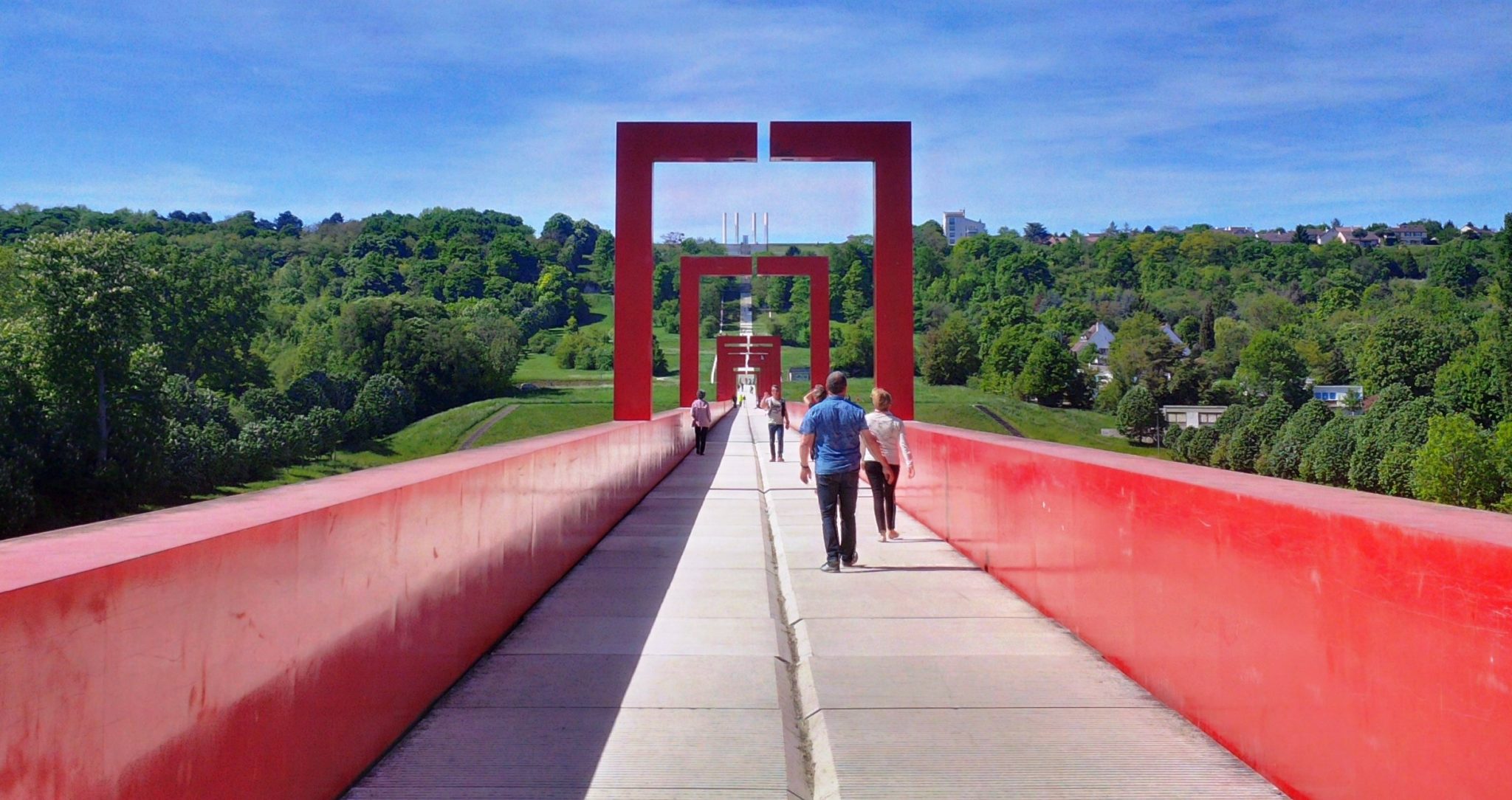 You can have a drive around the island with small electrical train or drive on the back of pony. Another interesting place it’s a zone where you can try yourself in surfing or wake board and water skies. Nature lovers can find there spot to observe birds or have a walk at pasture land.

On the island our first challenge is a 2km trail at ropes course. Then we propose picnic on green areas and in the afternoon canoes adventure around the lake. Evening will be spent in old part of the city and finished by dinner at the harbour.

Commune Auvers-sur-Oise is most likely the last place of life and death of Vincent Van Gogh and his brother Theo. On 27th of July 1890 Van Gogh left Auberge Ravoux and went for a walk, carrying with him revolver (he borrowed it saying that it’s needed to shot ravens). The same day he shot himself in the chest. The doctors couldn’t take out the bullet which lodged in his stomach and caused an infection which was the reason why he died two days later. 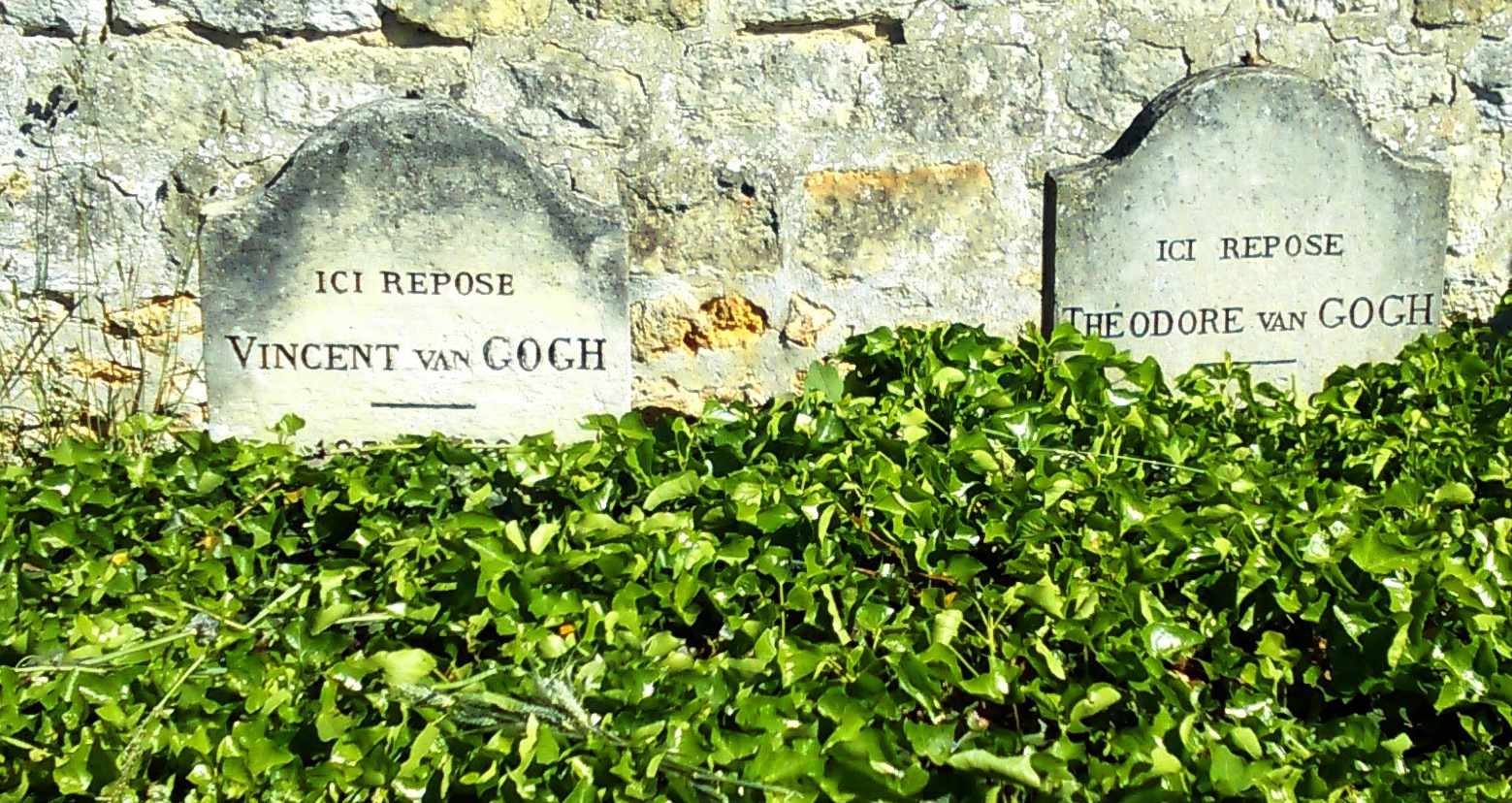 Auberge Ravoux located in the heart of the village of Auvers-sur-Oise and around 30 km from the heart of Paris, was the last home of Vincent Van Gogh. The auberge has been restored and is now a museum and tourist attraction. The artist spent here only 70 days, but this time was full of creativity which occurred in creating more than 80 paintings, inspired by surroundings and people.

La Maison-Atelier de Daubigny is a house where Daubigny used to live and work. Inside we can admire beautifully decorated walls. Paintings cover around 200 m2 and were restored by artist descendants in 80s of XXth century. Around the house there is a garden, which along the house was classified as Historical Monument.

Eglise Notre-Dame-de-l’Assomption d’Auvers-sur-Oise also worth a visit. This Romanesque – gothic church was constructed in XIIth century and inspired Van Gogh to create one of his most famous painting. 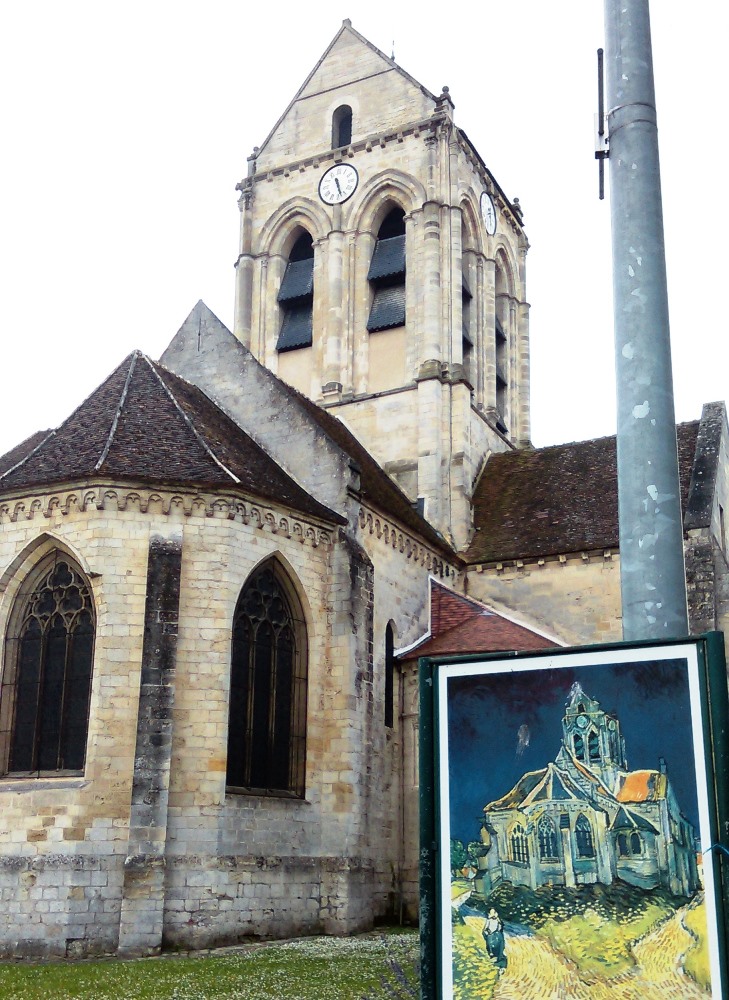 On the last day of our trip we propose a workshop inspired by artists from this area. At the places where Van Gogh, Pissarro or Daubigny were painting we will try to take a look at the landscapes and create our own, modern versions of their masterpieces. And in the evening we will prepare small exhibition of those pieces of arts